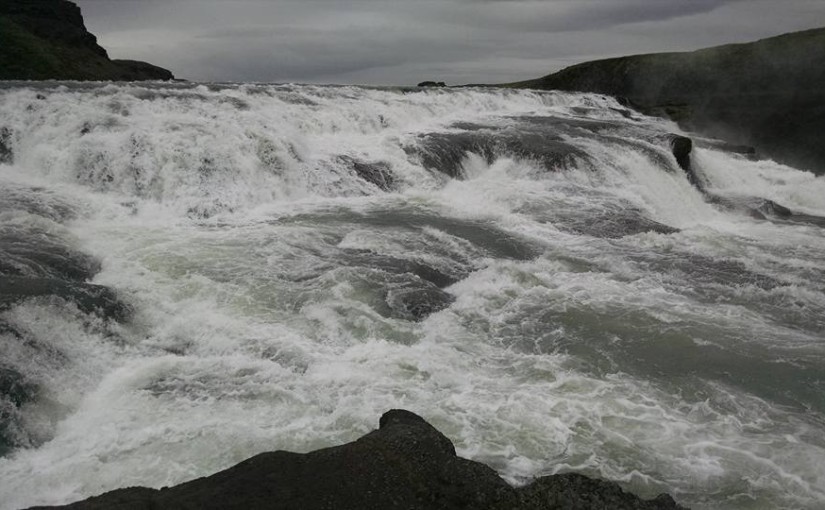 If you are staying anywhere in Reykjavik from the City Campground at Laugardalur to the Hótel Leifur Eiríksson in front of the Hallgrímskirkja Cathedral, you will be marketed to about going to see the Golden Circle. Besides the Blue Lagoon, it is the most visited group of places in Iceland. Most of the tour companies charge around $80 to see the Big Three: Geysir, Gulfoss, and Thingvellir National Park. However, you can do yourself a favor and knock off $20 from your bill by taking some initiative.

Bustravel is a company that runs trips to the various tourist sites in Iceland but does it cheaper than the main one, Reykjavik Excursions, which is what you’ll see marketed everywhere. Most of Iceland’s tours operate off a commission model where travel agents or accommodations will arrange tours for you and take a cut. There’s nothing wrong with that but you might as well save yourself money unless you have so much that it is immaterial. If you book the Bustravel trip online, they give you a 10% discount on top of the already cheaper pricing.  As of July 2015, the price difference was 6750Kr with Bustravel if you book online versus 9900Kr for the heavily marketed Reykjavik Excursions one. That is a big difference especially if you’ve got a family in tow. First off, let me explain these popular natural wonders that got even a frugal fella like me to shell out $60 to see them. 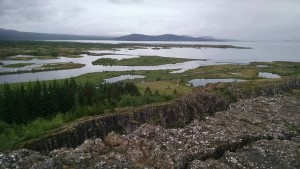 Located near the meeting point between the North American and Eurasian continental plates, Thingvellir takes your breath away with its sweeping views of islands, lakes, and glacier covered mountains. Apparently the continents are moving away from each other at a rate of 10cm a year and the land in this park is some of the newest that exists on earth. You’ll find fascinating rock formations and beautifully clear streams and waterfalls running downhill from the glaciers during the summer melt season.

2. Geysir and its Many Cousins 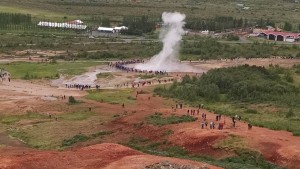 Iceland’s largest active geyser is every bit the rival of Old Faithful out in Yellowstone National Park. It has a big advantage over its North American cousin however in that it erupts every 5-10 minutes, sometimes in double eruptions. It is really exciting that you can see about six times the number of explosive shots of boiling water dozens of feet up into the air in the same time that you would wait around to see one at Yellowstone. In addition to this hyperactive geyser, from which all others derive their name, the ground around it is covered in geothermal activity. There are smaller geysers bubbling around it as well as large hot pools with beautiful deep blue colors that obscure the scalding temperature of the water inside. Careful because there are so many of these random little pools you could easily step in one if you are not paying attention. I recommend going up to the top of the mountain overlooking Geysir where I took the picture above. From that same vantage point, I also got this view of an oxbow river formation that I’ve only ever seen in American paintings from the 1800s: 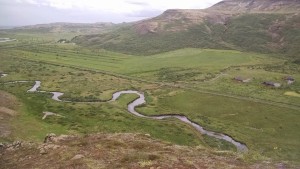 3. Gulfoss – The Niagara Falls of Europe

If you have ever wondered what it would be like to see two Niagara Falls stacked on top of one another, look no further. The giant double waterfalls cascade down into a canyon where the full force of the water pounds into the cliff below. You will need a rain jacket as I felt like I was in a dense fog at times when the wind picked up the mist. This truly is one of the most beautiful sights I have ever seen and I have seen most of the large waterfalls in North America including Niagara.

Bonus Sights If You Go with Bustravel

The cool part about the trip with the Bustravel, the online discount tour company I found, was that they offered an extra package over and above what other tour companies would do except it was a cheaper price than the regularly priced Golden Circle Tour. In other words, after the online discount, I got to spend all day checking out these sites in addition to a few others like the Althing, site of Iceland’s first “parliament” where all the chieftains would meet to make laws. We also pulled off the side of the road to say hello to some Icelandic horses, which are much smaller than regular ones you would see on a farm. I have to say their long hair is probably a little cuter too. Maybe they were just being nice to us because we brought them treats. Regardless, I’ve heard the other mainstream companies rush you through each of the sites and I felt like I had more than enough time to see everything because I chose the extended tour package for about 8000 kroner (about $60). If you just did the base Golden Circle tour it would be about $45.

If You Are Broke, Bold, and Still Want to See the Golden Circle

I didn’t have the guts to do this, but a bunch of people hitch hike to see the big sites in Iceland. The country has one of the lowest rates of violent crime on Earth, and the backpacker mentality among a lot of the tourists leads people to pick others up on the side of the road. Just make sure you have a sign in cardboard that says “Golden Circle” so you get the right car. I think you just need to go out to the western part of the city to catch a ride though if you ask around the Reykjavik campsite I bet you can get even better tips. Also plenty of people have cars at hostels and camps that they are renting. Ask around and see if you can split the cost with them if you are traveling alone.

On a plane from Oslo to Stockholm, Cheers!